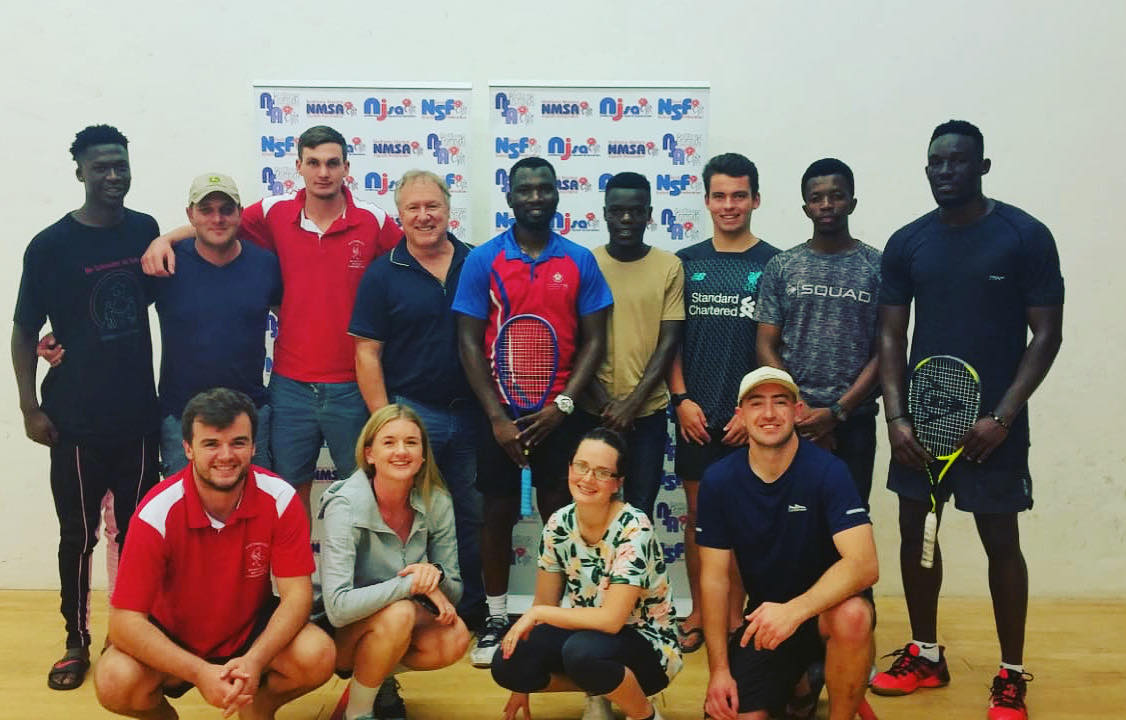 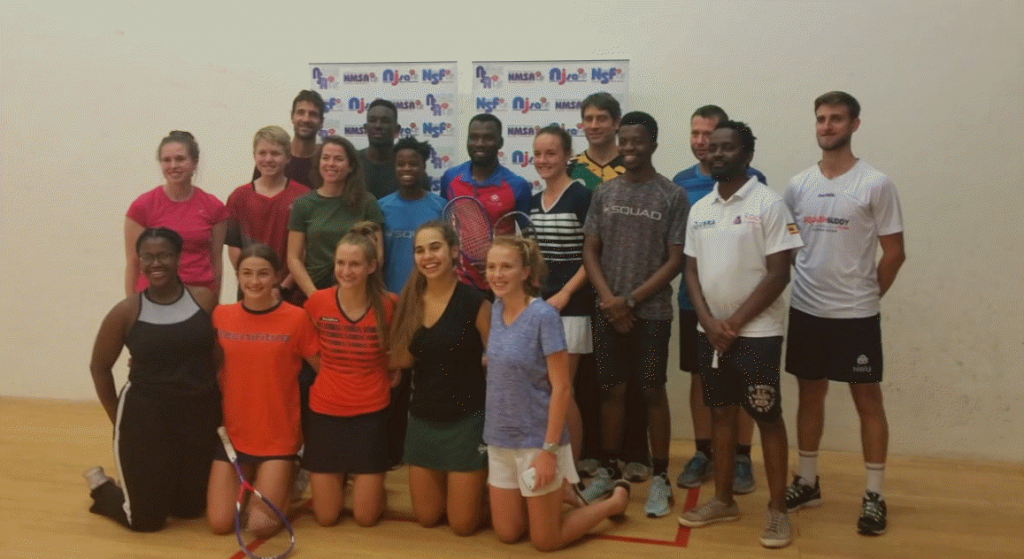 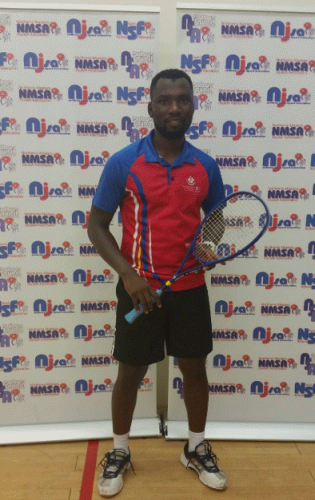 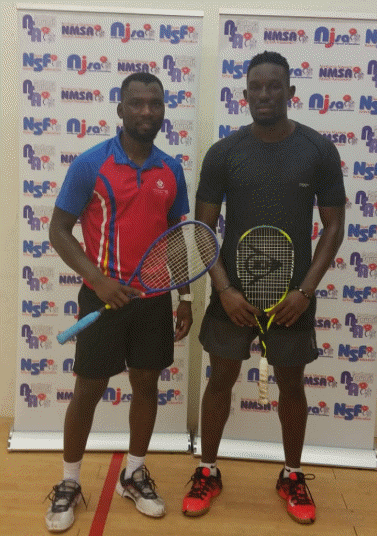 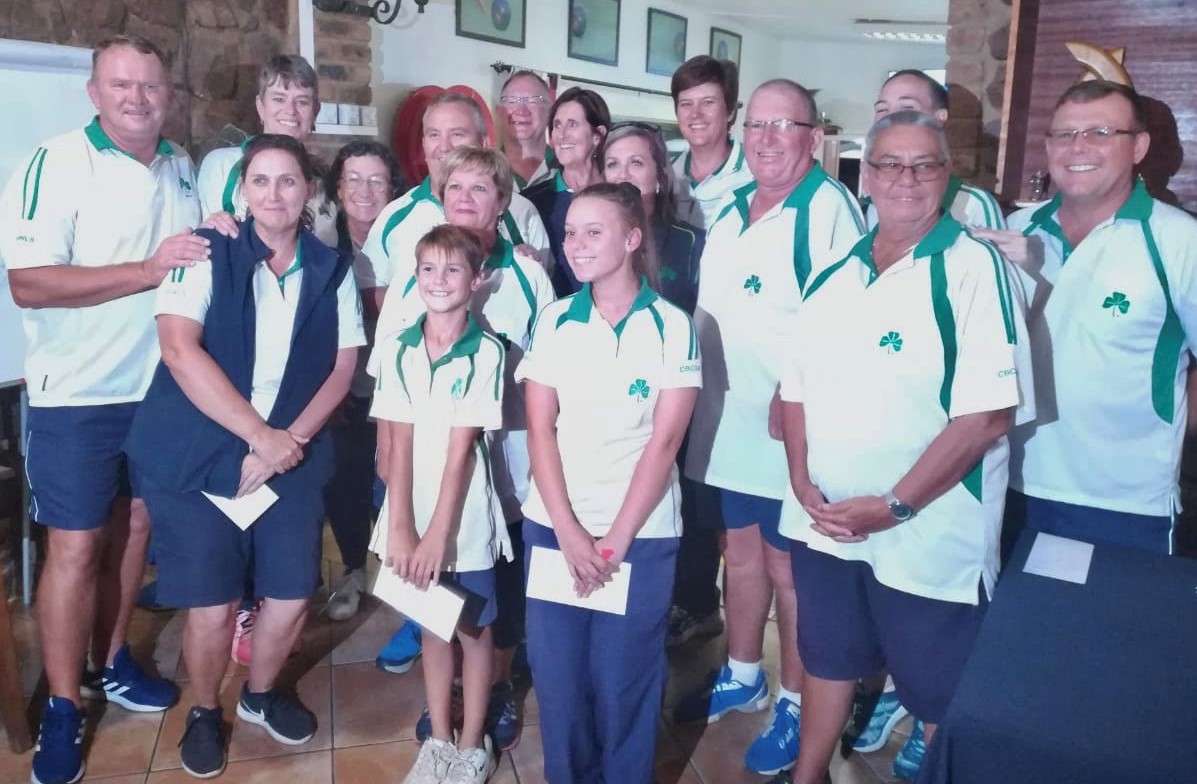 are travelling to provincial and national tournaments.

our appreciation for their efforts.

club facilities to rank with the best in the province 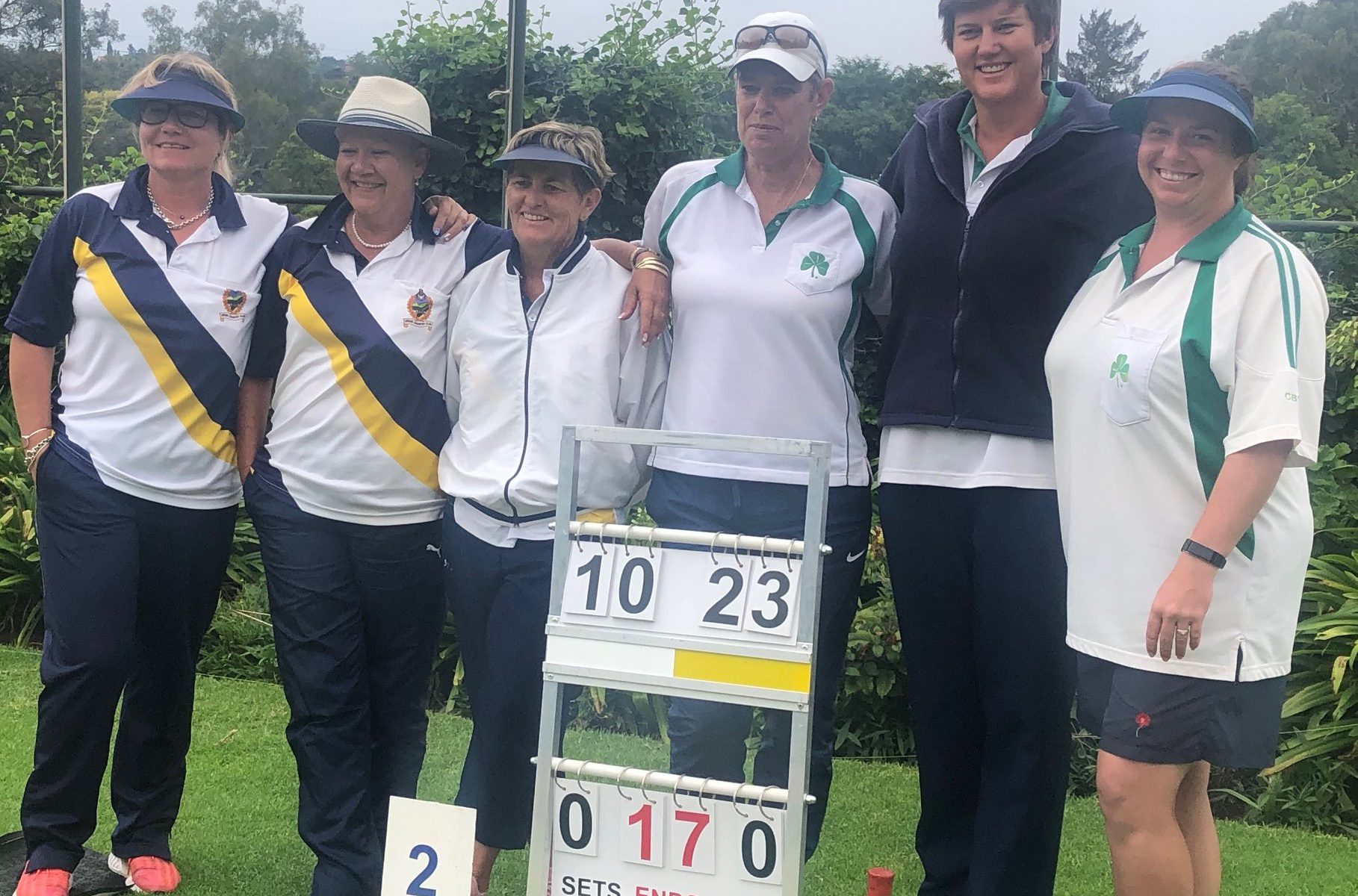 CBCOB bowlers deliver outstanding performances
In January our star bowler Esme Kruger won the Gauteng North Ladies Singles title.
Esme continued her good form in February by winning a bronze medal in the Bowls SA masters
tournament.
Also in February, Esme “skipped” the CBC Old boys Ladies Team (Esme, Ina Fourie, Rolinda Fourie
and Linda Sheepers) that claimed victory in the Mid-week Fours tournament
In the first week of March, Esme and her team mates Lizzan Norval and Laetitia Momberg won the
Gauteng north Ladies Trips competition
Esme has now been selected to represent South Africa at the World Bowls tournament in Australia
in May 2020
Congratulations on these scintillating performances Esme and we wish you the best of luck at the
World Championships!
In the men’s division, Neil Smit won the Gauteng Bowls Novice singles tournament, Dolf Scheepers
reached the quarter finals of the Men’s singles, whilst the Trips team ( Dolf, Ant Rea and Branden
Allen) also reached the quarter finals
This month, eleven CBC old Boys bowlers will represent Gauteng North in the SA inter districts
tournament, whilst two of our young stars will represent Gauteng North in the U15 and U20
competition.
Two club Bowlers were chosen to manage the Gauteng North inter District teams

Indeed, a club of choice, on and off the greens 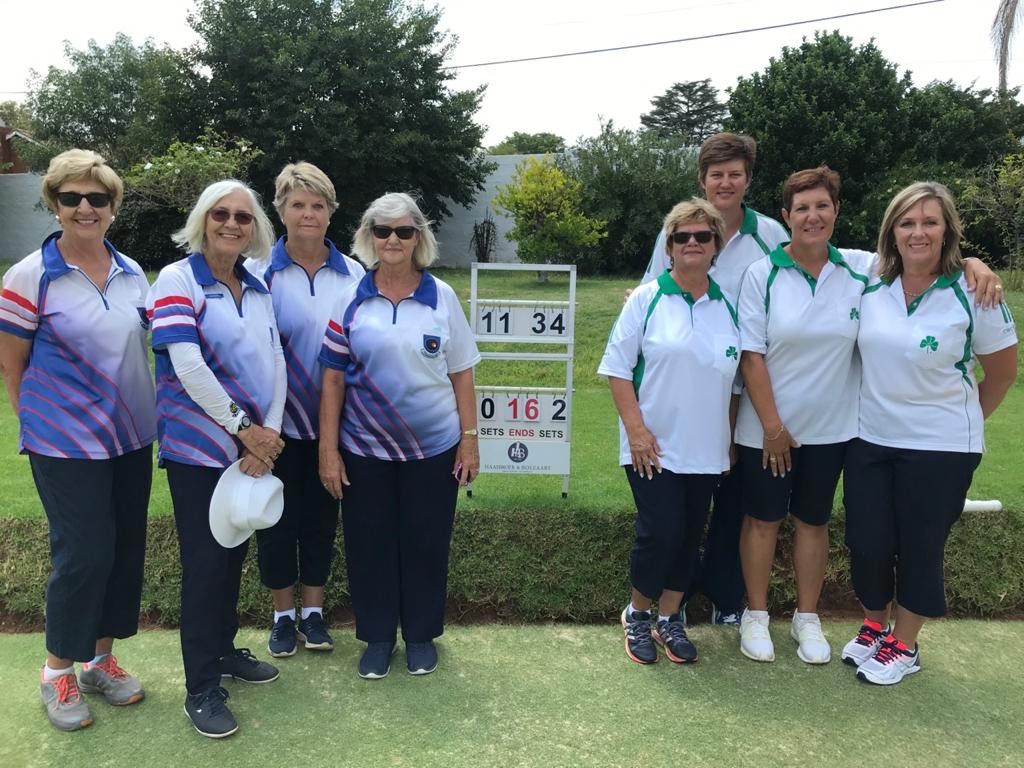 In the Gauteng North Trips  Tony Rea, Branden Alan and Dolf Scheepers lost to the team skipped by Francois Koen.

Overall a great week on the greens.

The 2020 Northerns Squash League Fixtures are now available. CBCOB & TUT Squash Club entered two more extra teams and we are very optimistic about the upcoming season. If you would like to join the league please contact Pierre Mornet 084 903 2400 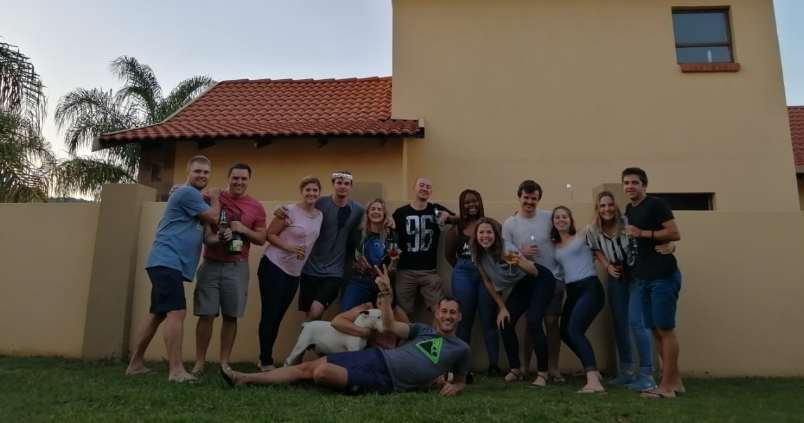 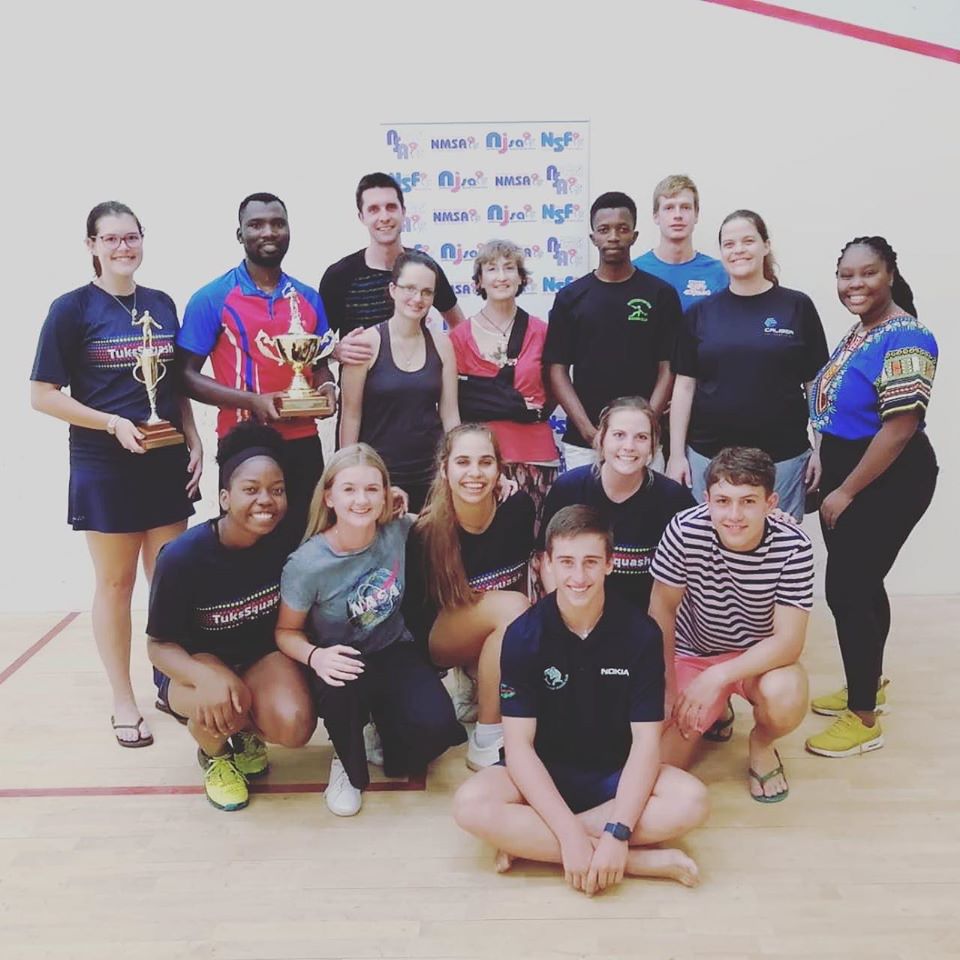 On Thursday night CBC & TUT Squash Club competed in the Northerns Blitz League finals. The Men’s team had to beat last years league winners and the ladies took on the undefeated Tuks ladies’ side.

The ladies worked very hard and if a few nicks went our way the scorecard might have revealed a different winning team. However, Tuks played extremely well and fought for every point and they were the better side on the day beating our ladies 12 -6.

The boys came out to play and even Jason a huge underdog took a game from Uitsig. Uitsig however was prepared for a tough game and came out blazing. It was with hard work and determination that we manage to win 14 -3 and took home the Blitz League Trophy for the first time. 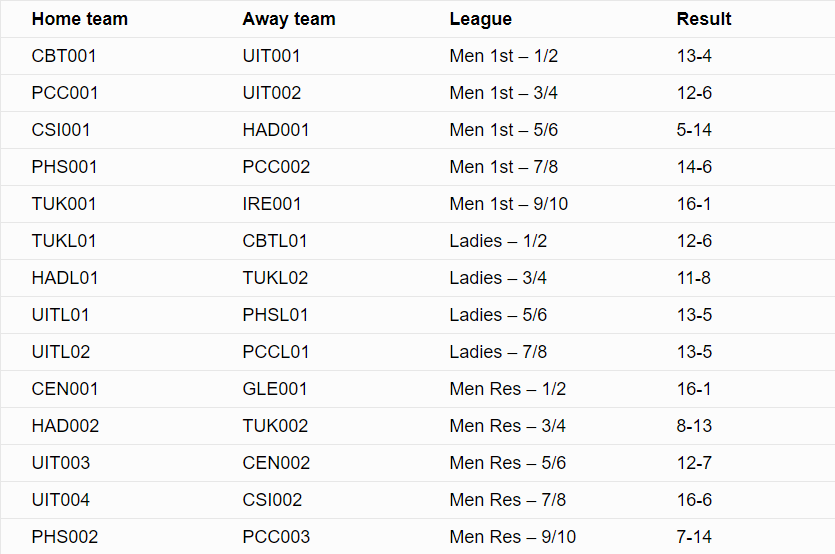 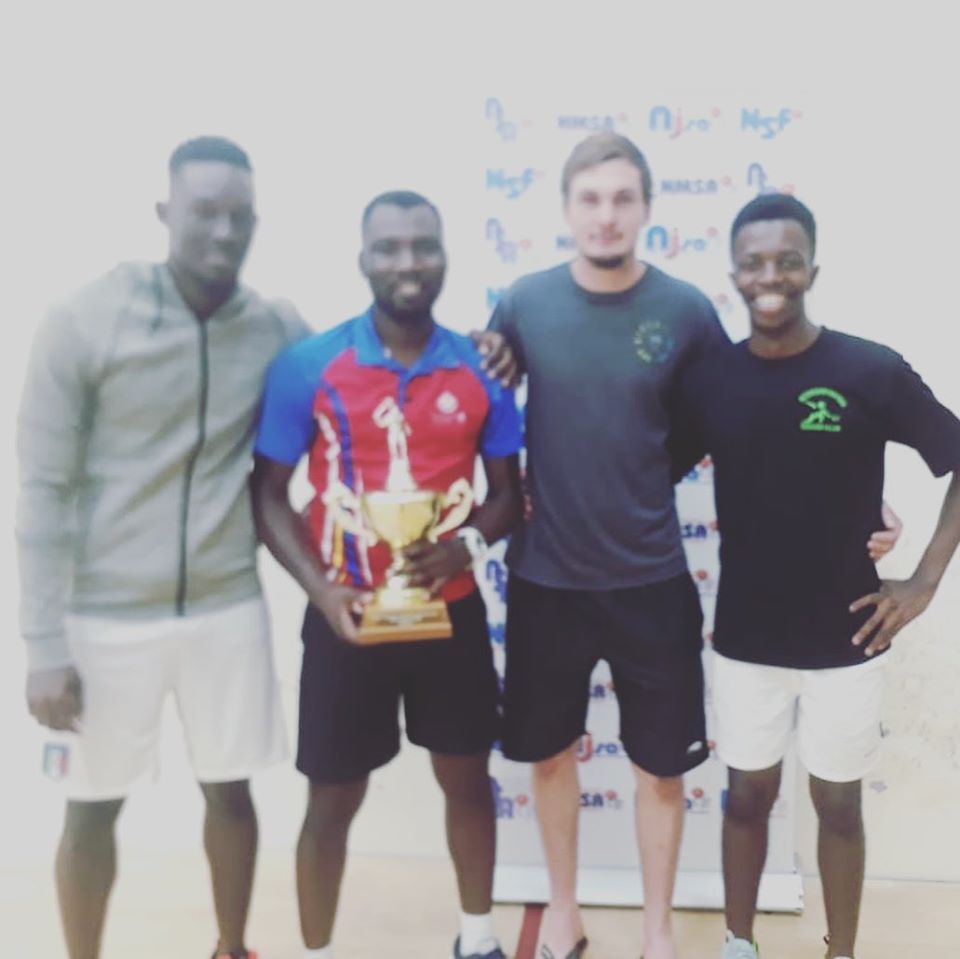 We would like to thank all our supporters. More than 20 people for CBT strolled through the doors to support our two teams.

Thank you Uitsig and Tuks for the competitive games and the sportsmanship showed during these matches, as well as the laughs and drinks we shared afterwards.  A great thanks must go to Liz Mckenzie and Anton Louw for the role you play in promoting Northerns Squash and your respective clubs.

We are looking forward to a great season and growing Northerns squash in 2020.

Thanks to Blaar and the Northerns team for organising the event. 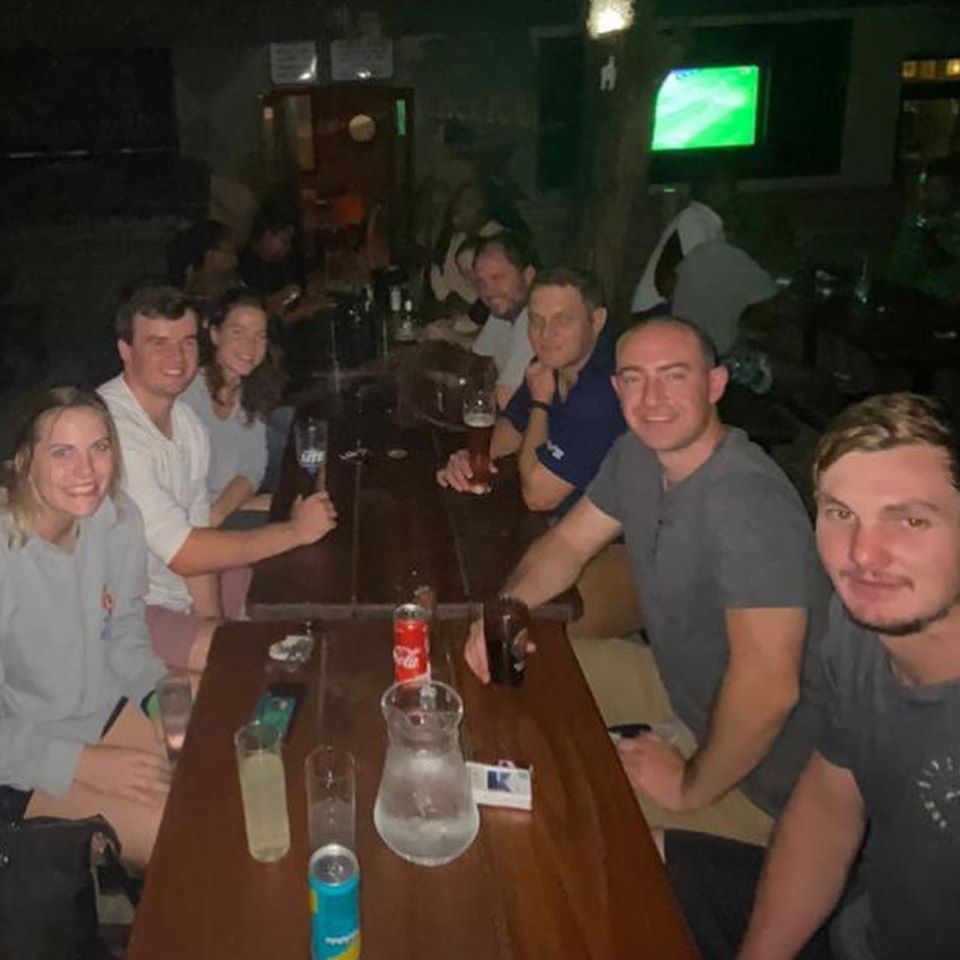 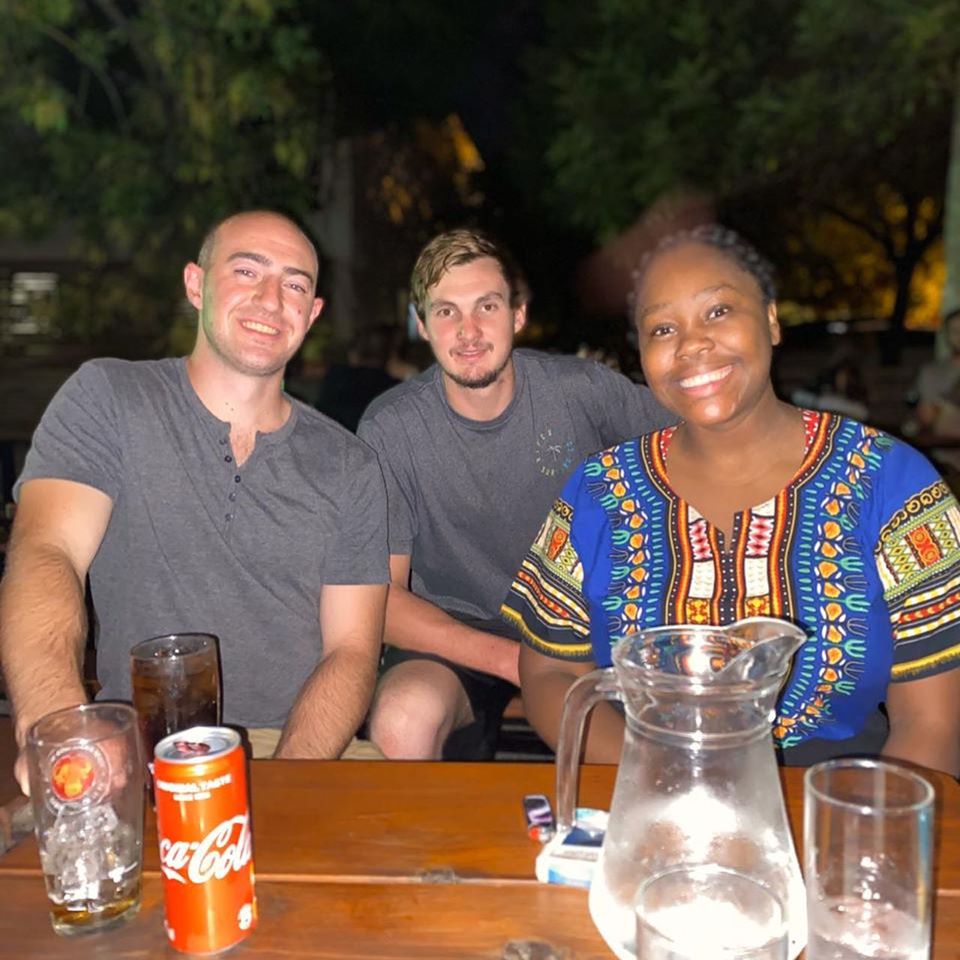 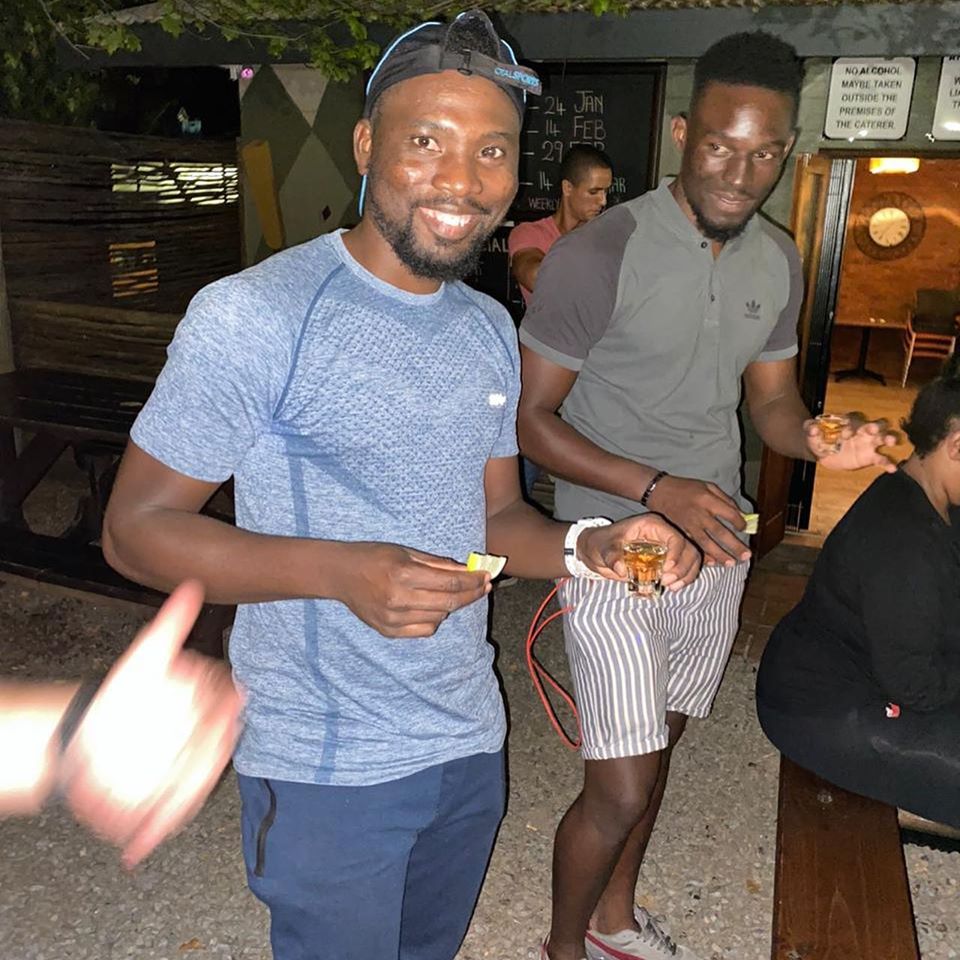 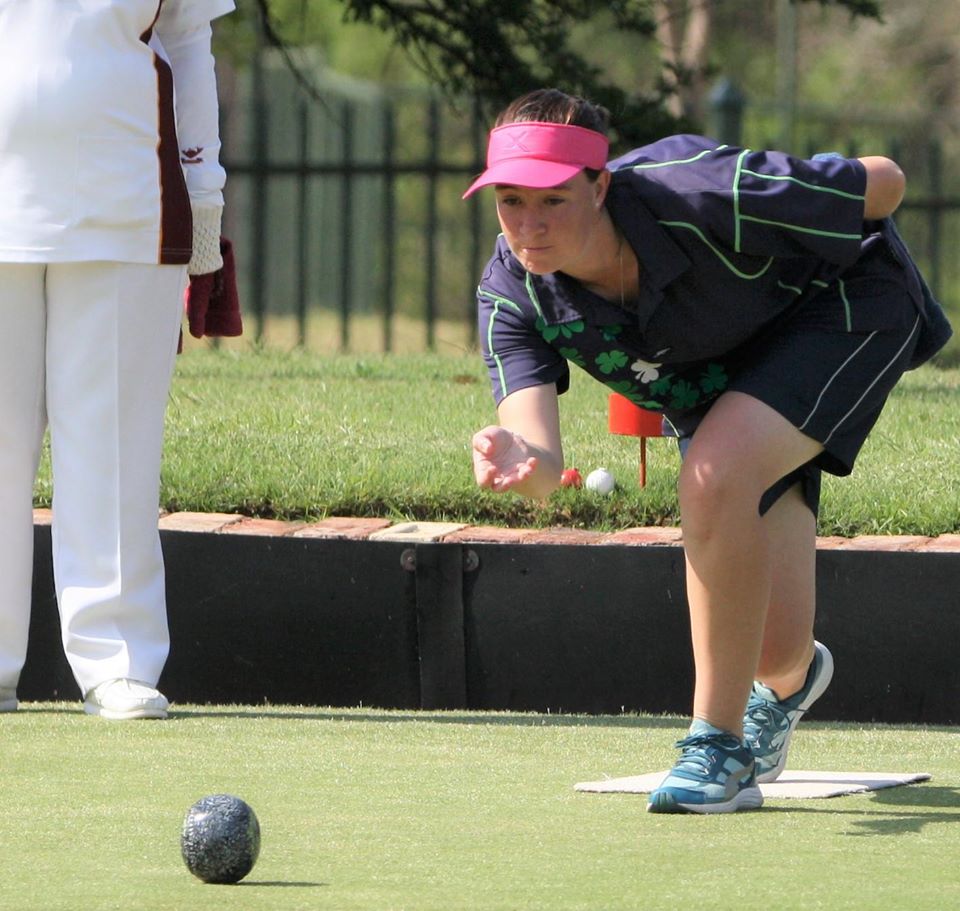 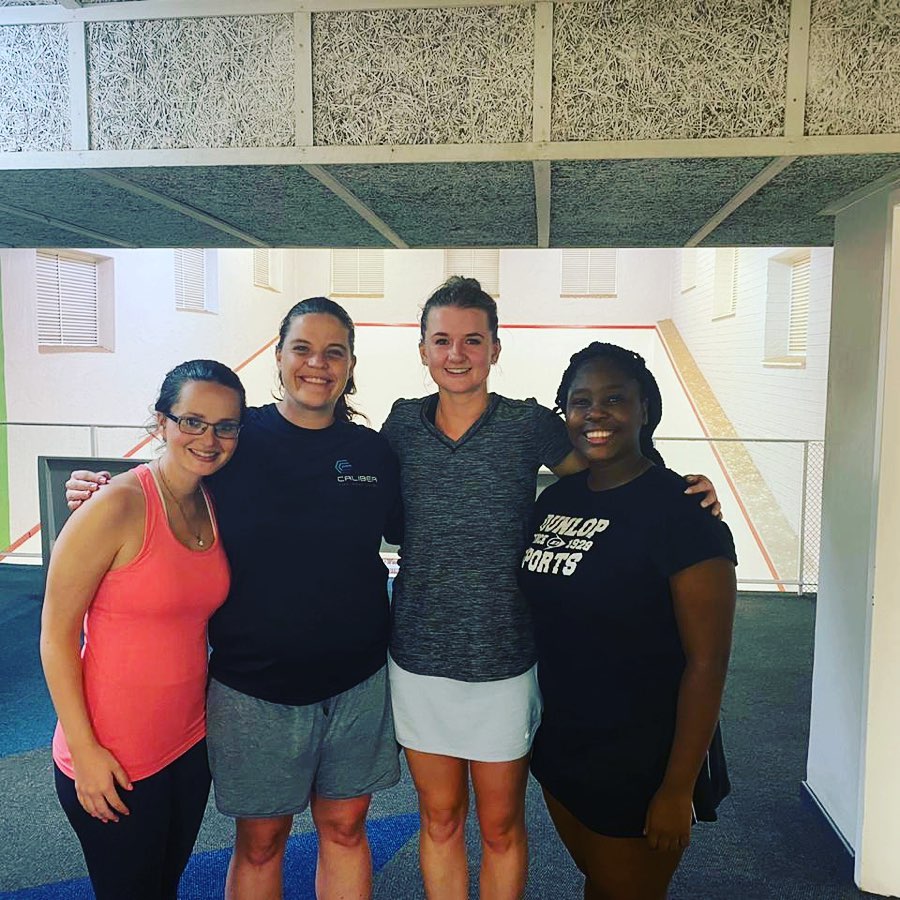 CBC & TUT Squash entered this years’ Northerns Blitz league with low expectations with a few players missing and some players not as fit as they would like to be.

Despite these challenges, our ladies’ and mens’ teams managed to win last night in the semi-finals and proved that they will be serious contenders for this year’s league titles. Finals will be played on Thursday 20 February at Tuks.

Please come and support our teams. The 1st match starts at 6PM at L.C. De Villiers. 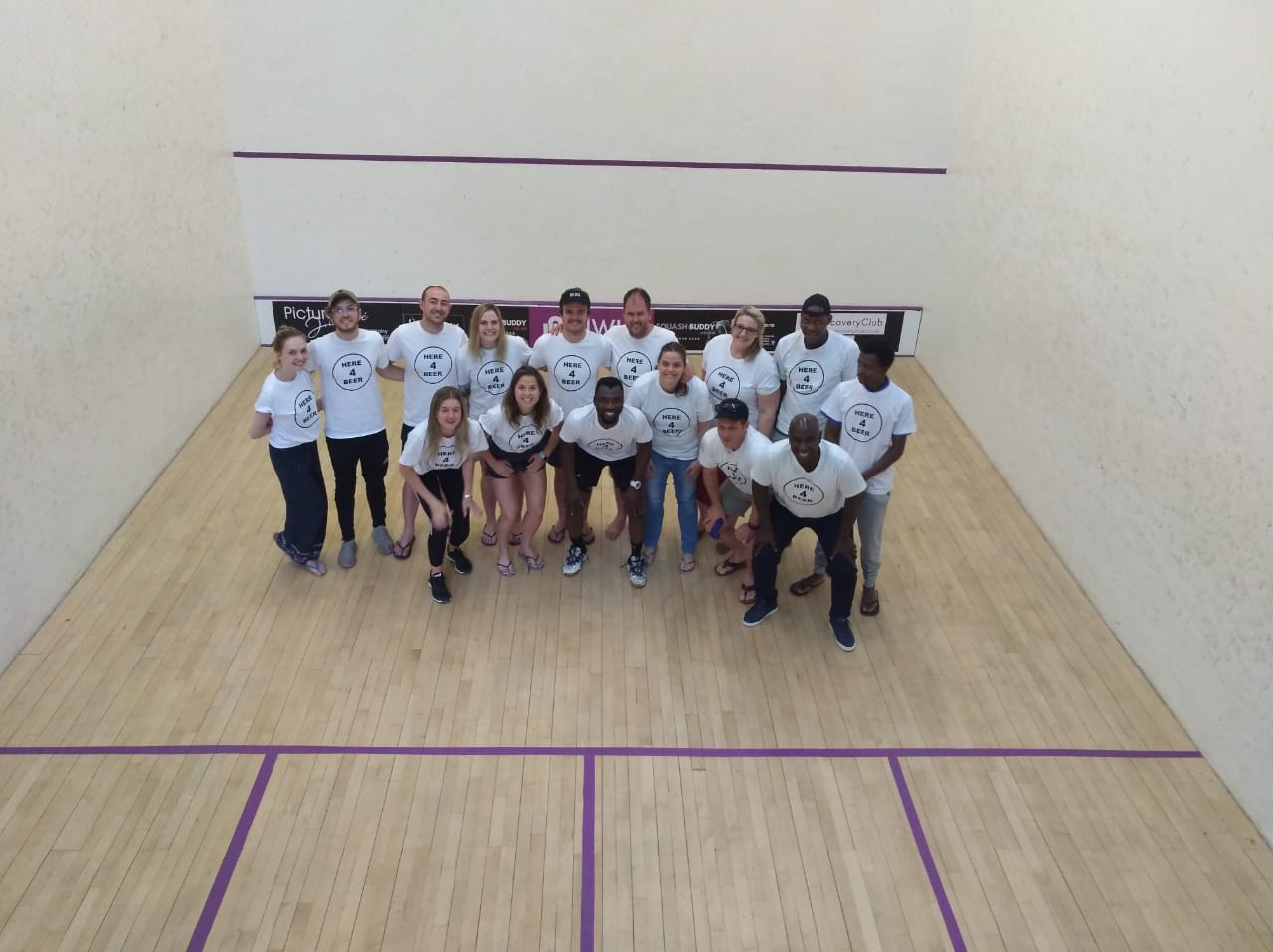 The Mielieland Squash tour is a highlight on the CBC Old Boys Calendar. It always lives up to its reputation and ensures everybody goes home dead tired and entertained.

This year was no exception- we took two teams to Mielieland playing in an extremely tough A-Section. We had some well skilled imports from TUKS, and they proved to be great assets on and off the court.

Strangers got together to play squash this past weekend and walked away as friends with everlasting memories, nicknames and jokes.

Here for Beer Too

We appreciate the continued support from Anton Louw (TUT) and CBC Old Boys squash committee members. We would like to grow the number of teams in 2020 and ensure that we do not just play squash but build lifelong friendship.