TO BE HELD AT

16.1. The members of the Executive Committee shall be elected annually at the Annual General Meeting of the CLUB.

16.3. Nominations for membership of the Executive Committee, whether from the floor or in writing, shall be duly seconded and the Nominee shall indicate his acceptance of his nomination prior to the vote.

16.4. The current members of the Executive Committee shall be eligible for re-election without nomination to their respective offices.

16.5. The Treasurer and Secretary shall be elected directly to such office by those in attendance at the AGM and thereafter 5 (five) additional members will be elected from the nominees. These 7 (seven) elected persons shall constitute the Executive Committee and shall elect from amongst their number a Chairman and a Vice-Chairman at the first meeting of the Executive Committee, which shall be held immediately after the AGM.

16.6. Voting for election of Executive Committee members shall be by way of show of hands or by way of ballot in the discretion of the Chairman and no proxy votes shall be permitted.

19.1. An Annual General Meeting of members of the CLUB shall be held before the 31st of March each year.

19.3. Notice of any resolution proposed to be passed at the Annual General Meeting shall be posted together with all such notices as are referred to in sub-paragraph 19.2 above. 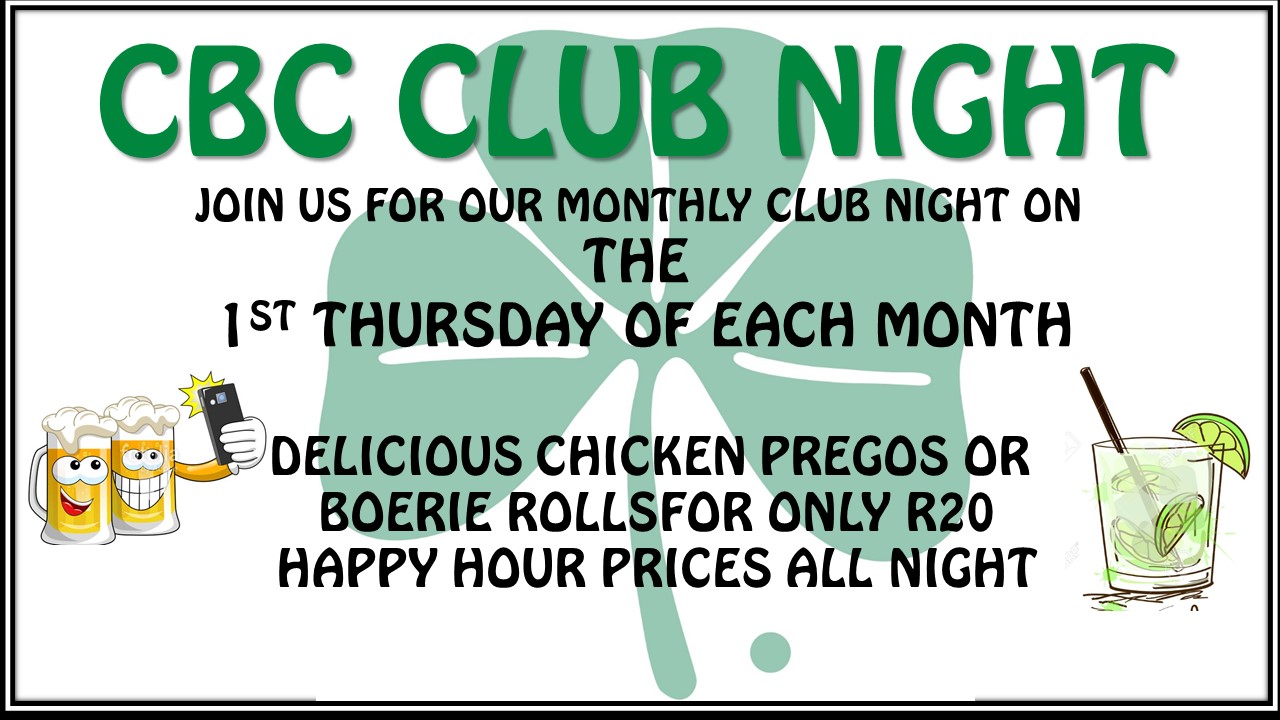 Members are invited to join us on the first Thursday of each month for our Club Night where we have on offer food and beverage specials from 5pm onwards. 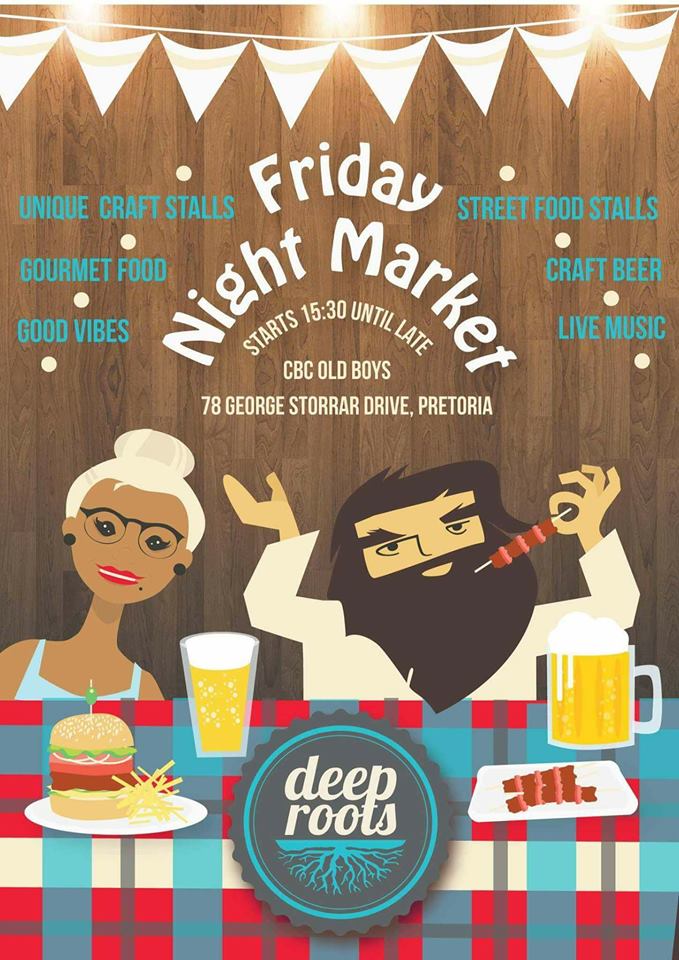 This awesome food and craft market takes place on the first Friday of each month. Deep Roots Market has been running for three years and has grown into one of Pretoria’s “must-see” events.  The entrance fee is R30 for adults and children are free. Bring your kids, dog, spouse and folks as this event has a strong family vibe. There are cash bars, plenty of food vendors and some interesting craft stalls.

Please note that the event is on a licensed premises and as such alcohol may not be brought onto the premises.